Published: 11 years ago Author: The Art Fund and the Portable Antiquities Scheme 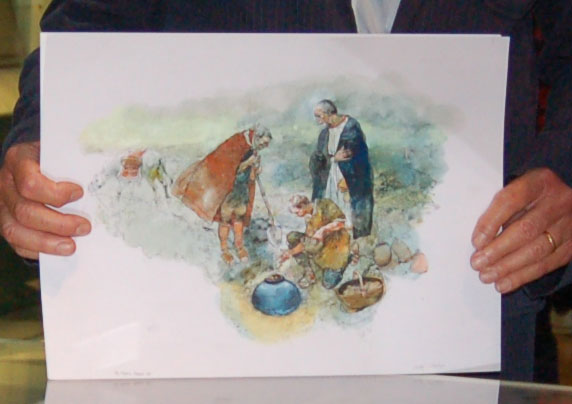 Today, the value of the Frome Hoard has been announced at £320,250. Somerset County Council Heritage Service now has until 1 February 2011 to raise the funds in order to keep this important treasure on public display in the county in which it was discovered. The rare find, made up of 52,503 Roman coins dating from the 3rd century AD, was unearthed tightly packed in a pot and is the largest coin hoard to have been found in a single container.

The Art Fund, the national fundraising charity for works of art, today announces a grant of £40,250 to kick-start the appeal. For the first time, the Fund is offering members of the public the chance to double the value of their donation to the appeal. For every £1 donated by a member of the public, the Art Fund will match fund it - up to a total value of £10,000, thereby boosting the appeal with up to a further £20,000.

"We're extremely excited to be part of Somerset's campaign to acquire this extraordinary treasure. To think that this pot packed full of coins lay buried beneath the soil for almost 2,000 years - it really is incredible. We need to save the hoard so that experts can carry out vital research - and so that new generations can enjoy and be inspired by it. As a way to encourage philanthropic giving and support from the public, we are also pleased to be offering members of the public the chance to double the value of their donation to the appeal by donating via us."

"Dave Crisp, the finder, behaved in an exemplary way. When he found the hoard he didn't try and dig it out himself, but reported it to the Portable Antiquities Scheme, so that an archaeological excavation could be organised to recover the find systematically. As a result there is enormous potential to properly understand why and how this coin hoard was buried, and perhaps change pre-existing views on the hoarding and burial of such assemblages".

Dave Crisp discovered the hoard on 11 April 2010 while metal-detecting near Frome, Somerset. The 'Frome Hoard' was declared Treasure under the Treasure Act 1996 on 22 July. The coins range from c. AD 253 to c. 293 and except for five silver coins are all base-silver or bronze 'radiate' coins. Weighing 160 kilograms, it is said to be one of the largest and most important hoards of coins of this period in Britain. There are still mysteries surrounding why it was buried, and Dr Bland says that its discovery could make experts

"rethink the nature of such hoards."

Over 760 of the coins belong to the emperor Carausius, a general in the Roman army who usurped against the Central Empire. Carausius set up his own empire in northern Gaul and Britain, and This is the largest group of his coins found anywhere. The entire hoard includes coins minted by 21 emperors and three emperors' wives.
Because the coins were excavated by layer, experts were able to detect that most of the latest coins (those of Carausius) had lain over half-way down the pot. This led to the conclusion that the hoard was almost certainly buried in one event. The pot could not have held 160kg of metal without breaking. It therefore must have been buried in the ground before the coins were tipped in from smaller containers.

There has already been considerable local enthusiasm for the hoard. On 22 July, the County Council Heritage Service organised a special event showcasing a selection of coins from the find. Over 2,000 people and two school groups attended, many having to queue for up to an hour. A second event is planned for 23 October 2010. This will be a major opportunity for the public to find out more about the find and what they can do to help save it.

In addition to the target £320,250 needed to acquire the hoard for Somerset, an additional £35,000 will be needed for its long-term conservation.

The first book on the Frome Hoard, written by experts Sam Moorhead, Roger Bland and Anna Booth, and published by the British Museum Press, is now available from www.britishmuseumshoponline.org

50 pence of every sale will go towards the vital conservation costs..The Frome Hoard tells the remarkable story of the discovery of the hoard, describes the fascinating collection of coins it contains and offers an initial interpretation of the treasure, and its significance. Close-up photographs show intricate details of the amazing coins.

To donate towards the appeal to save the hoard for Somerset, please register your interest via savefromehoard@artfund.org and the Art Fund will be in touch with details about how to donate. Every public donation will be match-funded by the Art Fund, up to a total of £10,000.

The Art Fund is the national fundraising charity for works of art and plays a major part in enriching the range, quality and understanding of art in the UK. It campaigns, fundraises and gives money to museums and galleries to buy and show art, and promotes its enjoyment through its events and membership scheme. Current initiatives include sponsoring the UK tour of the ARTIST ROOMS collection, and running a major campaign in partnership with the National Trust to raise £2.7 million to save Brueghel's The Procession to Calvary for Nostell Priory. The Art Fund is funded by its art-loving and museum-going members and supporters who believe that great art should be for everyone to enjoy. Find out more at www.artfund.org.

The Portable Antiquities Scheme was established to encourage the recording of archaeological finds found by the public, and also supports the mandatory reporting of Treasure (such as the Frome Hoard) under the Treasure Act 1996. The Scheme is managed by the British Museum on behalf of the Museums, Libraries & Archives Council. Across England and Wales its Finds Liaison Officers liaise with finders and record their finds, which are published on its online database (www.finds.org.uk) so that people can learn about the archaeology of their local area, and also for the advancement of archaeological knowledge.

The Frome Hoard will be prominently displayed in the Museum of Somerset, Taunton, when it re-opens in the Summer of 2010. The museum is presently undergoing a £6.9 million refurbishment largely funded by the Heritage Lottery Fund.

Locally, support for the hoard's acquisition has been shown by a contribution of £10,000 from the Somerset Archaeological and Natural History Society.

Details on the Book

The first book on the Frome Hoard, written by Sam Moorhead, Roger Bland and Anna Booth, and published by the British Museum Press, available from www.britishmuseumshoponline.org, 48 pages, 50 colour illustrations, ISBN 978 0 7141 2334 9, PB £4.99. The Frome Hoard has been printed with the generous support of local Frome-based printers, Butler, Tanner & Dennis 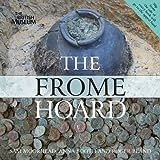 Sam Moorhead is National Finds Adviser for Iron Age and Roman coins in the department of Portable Antiquities and Treasure at the British Museum.

Anna Booth was Somerset County Council's Finds Liaison Officer, and worked on the excavation of the hoard. She is now researching for a PhD at the University of Leicester.

Roger Bland is Head of Portable Antiquities and Treasure at the British Museum. He is the co-author of The Staffordshire Hoard (British Museum Press)