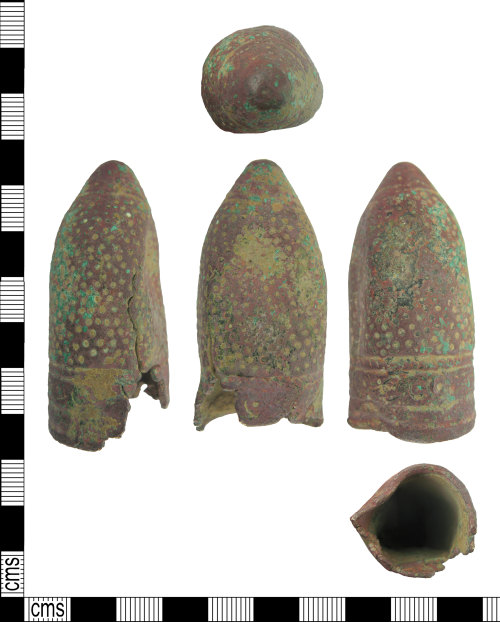 With many thanks to Brian Read for the identification. He comments further, "These date to c.12th - c.15th century, the degree of corrosion and condition makes me suspect this one is of the earlier date. The first I've noted as found in Britain. Probably made in Cordoba, Spain when under Moorish control. See Holmes 1985, pp 20-21 & McConnel 1991, pp 11, 14." (pers. comm. March 2016).

Illustration by Mike Trevarthen (reproduced with the kind permission of Brian Read).

This was recorded at a rally and may fall below our usual standard of recording.

Find number: SWYOR-20FEE3
Object type: THIMBLE
Broadperiod: POST MEDIEVAL
A complete silver thimble dating to the late eighteenth or nineteenth century which has been flattened at the open end. The thimble has a rou…
Workflow: Awaiting validation