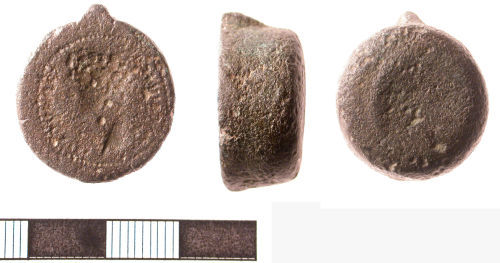 Roman copper alloy coin die for a denarius of Marcus Aurelius. Engraving in reverse to produce coins with right-facing bare head and inscription AVRELIVS CAESAR AVG PII F, all within border of dots.

This coin die was probably used to strike imitation denarii in Britain. It is the third die of its kind to be discovered in Britain and the first obverse die (with a portrait of the emperor). It was made during the reign of Antoninus Pius (AD 138-161) and shows his adopted son Marcus Aurelius as Caesar (junior emperor). The inscription suggests the coin was produced sometime after AD 144.

Current location of find: The British Museum
Subsequent action after recording: Acquired by a museum - not a Treasure case