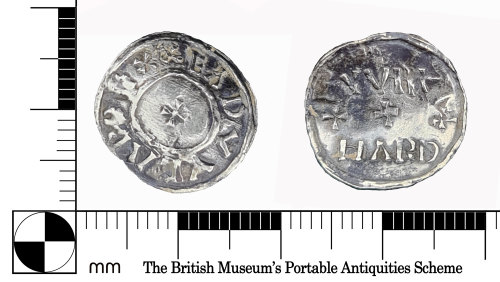 The coin is slightly bent but otherwise complete.

Round halfpennies from the Anglo-Saxon period are very rare finds, this being the second example recorded by PAS. The moneyer Wulfheard is not listed as halfpenny moneyer by North (1994: 127) but is a known moneyer for the contemporary issues of two-line pennies and is exactly paralleled by IOW-43BDDE.

Recorded from details emailed by the finder. Also recorded on the database as EMC/SCBI NUMBER:2021.0109.

Recording Institution: HAMP
Created: About one year ago
Updated: 30 days ago