The Portable Antiquities Scheme database has, to date, recorded nearly 1.5 million objects of all periods and materials (Fig 1). With over 46,500 examples, brooches are the third most common of these (Fig 2). Roman brooches in particular account for 31,456. That’s nearly 70%.

Fig 1: Number of objects and records geld on PAS database.

Hidden amongst these vast quantities of brooches are a distinct group of ten unusual examples, known as Double Headstud types.

The Headstud Brooch is itself one of the most common and longest-lived types known from Roman Britain (Fig 3). They are most frequently found in the north of England and are a native British type most likely produced by travelling crafts people.

Evidence for a major Roman metalworking industry was discovered during excavations at Castleford, West Yorkshire. High-status enamelled flasks and spoons were being produced in quantity and the discovery of unfinished headstud brooches (Fig 4) suggests that brooches were also made there. Unpublished examples of brooches bearing inscriptions which read ‘Fibula ex regione Lagitiense’ (‘brooch from the region of Castleford’) further support this theory.

Through recording with the Portable Antiquities Scheme we have identified a new sub-type of Roman Headstud brooch which we have inventively termed the Double Headstud.

While similar in form to their parent type featuring a solid, arched bow with a various decorative elements, the regular Headstud has only one knop at the apex of the bow while the Double type has two. These knops take on a variety of forms; they can be integral to the bow (Fig 5) or separately cast and fitted into a recess or held in place by a shank to the reverse (Fig 6). They are also decorated in a wide variety of styles (Fig 7).

The first examples of the Double Headstud brooch were identified from Yorkshire and Lincolnshire suggesting a northern phenomenon (Fig 8). Two later examples from Nottinghamshire and the Isle of Wight however suggest a wider distribution for this enigmatic type. It is highly likely that, as more of these brooches are recognised and recorded, the area of distribution will spread even more widely (Fig 9).

It has only been through PAS recording that we have been able to identify this new variety of Roman brooch and its distribution. 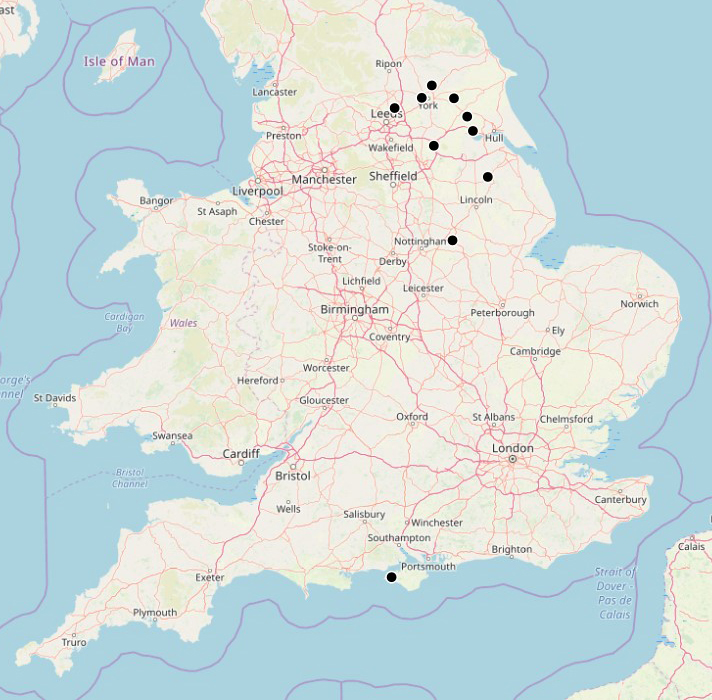