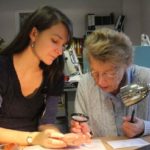 Tell us about yourself I studied archaeology at the University of York, before completing a masters in medieval archaeology. I’m currently undertaking a PhD at the University of Warwick focusing on Roman tokens as part of the Token Communities in the Ancient Mediterranean Project. My thesis explores the way that as an everyday object, tokens …more 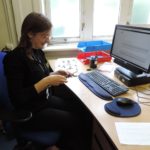 Hello, my name is Lydia Prosser and I’m currently the Headley Trust Intern to Becky Griffiths, the Finds Liaison Officer for North and East Yorkshire. I’ve only been doing this job for three weeks but I have already learnt so much, not least how to spell ‘liaison’ (with two ‘i’s!). My main job is …more 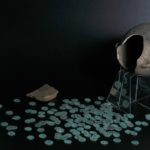 In September 2014 Lauren Proctor, who works for the Scheme in the North East, was contacted by an excited metal detector user who informed her he had discovered a hoard of Roman coins. The finder, David Blakey, described a ceramic pot brimming with copper coins from a field near the village of Wold Newton, East …more

Amy Downes and Rebecca Griffiths’ new book ’50 Finds from Yorkshire: Objects from the Portable Antiquities Scheme’ has recently been published. 50 Finds from Yorkshire considers the spectacular and the everyday finds which help to reveal Yorkshire’s hidden past. The region has been at the heart of English History for over 2,000 years and has …more