Thanks are extended to Duncan Slarke (Staffordshire & West Midlands FLO 2007-2009) who did the majority of the work on this back in February 2009. This is an update of his work.

The indentures of 1464 and 1465 effectively reduced the weight of silver and gold coinage. Two new coins were introduced: The ryal (or rose noble) (two to the pound) and the angel (three to the pound and two to the mark).

His reasons for the recoinage are given in his proclamations quoted by Ruding as being, “amongst other thigns caused by lack of bryngyng of bolion into his myntes, which, as is conceived, is by cause that they that should bring bolion may have more for theire bolion in other princes’ mynters than in his”.

The problem has been described as “the great bullion famine of the 15th Century” which affected north-western Europe, bringing a monetary depression of such intensity that the 1440’s and 1450’s have been described as the, “low water mark of coinage in late medieval Europe”.

As part of the recoinage, increased minting capactiy was sought and on 6th July 1465 there was a commission to open new mints at Bristol, Norwich and Coventry.

Instructions were given to John Worledge and Thomas Nelson at Coventry, where the following coins were minted:
In gold: Ryal, Half ryal
In silver: Grot, Half-groat.

The mints of Coventry and Norwich seem to have been short-lived: In a privy seal letter of 16th September 1465, the seigniorage which had previously been charged at London, York, Coventry, Norwich and Bristol was altered and the new charge ordered at London, York, and Bristol. This could show that the mints at Coventry and Norwich had already closed.

The fact that the Coventry mint was short-lived is borne out by the scarcity of the coins from the mint. Five have been recorded. An increase of four since Duncan did his initial work. 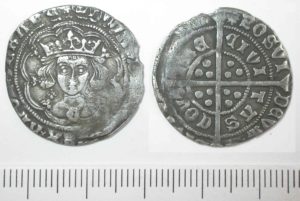 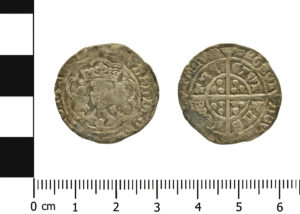 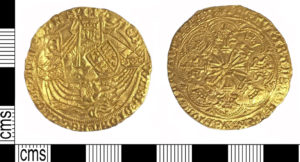 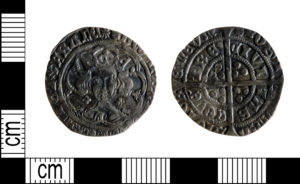 DENO-DB6FEB, A groat of Edward IV, found in Brampton, Derbyshire

Can we make it more? By recording where these coins have been found, we can start looking at mint distributions and trade links.