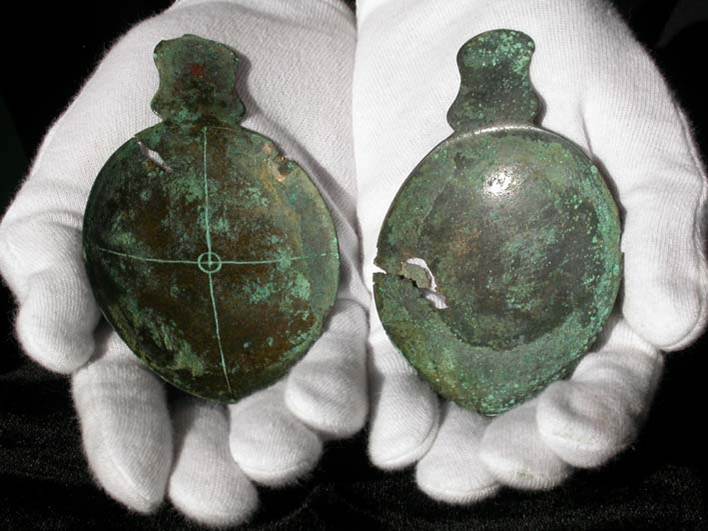 Treasure 20 is a way for someone like me to revisit the most important archaeological objects reported locally through PAS. One of the most significant finds from Shropshire are the Nesscliffe Iron Age Spoons. A panel of experts have judged that these are one of the most important finds reported through the Treasure Act in the past twenty years. You can vote on which you think is the most important in the Telegraph top 20 finds. In my opinion they are just as important (and I would say more so) than the Staffordshire Hoard or the Ringelmere Cup! You have until the 15th May to vote here

This is why I think you should use your vote to support the spoons!

The Nesscliffe Spoons are one of the most important Iron Age finds from Northern Europe. They were found together on farmland near Nesscliffe, Shropshire in 2005 and reported to the local Finds Liaison Officer through the Treasure Act. 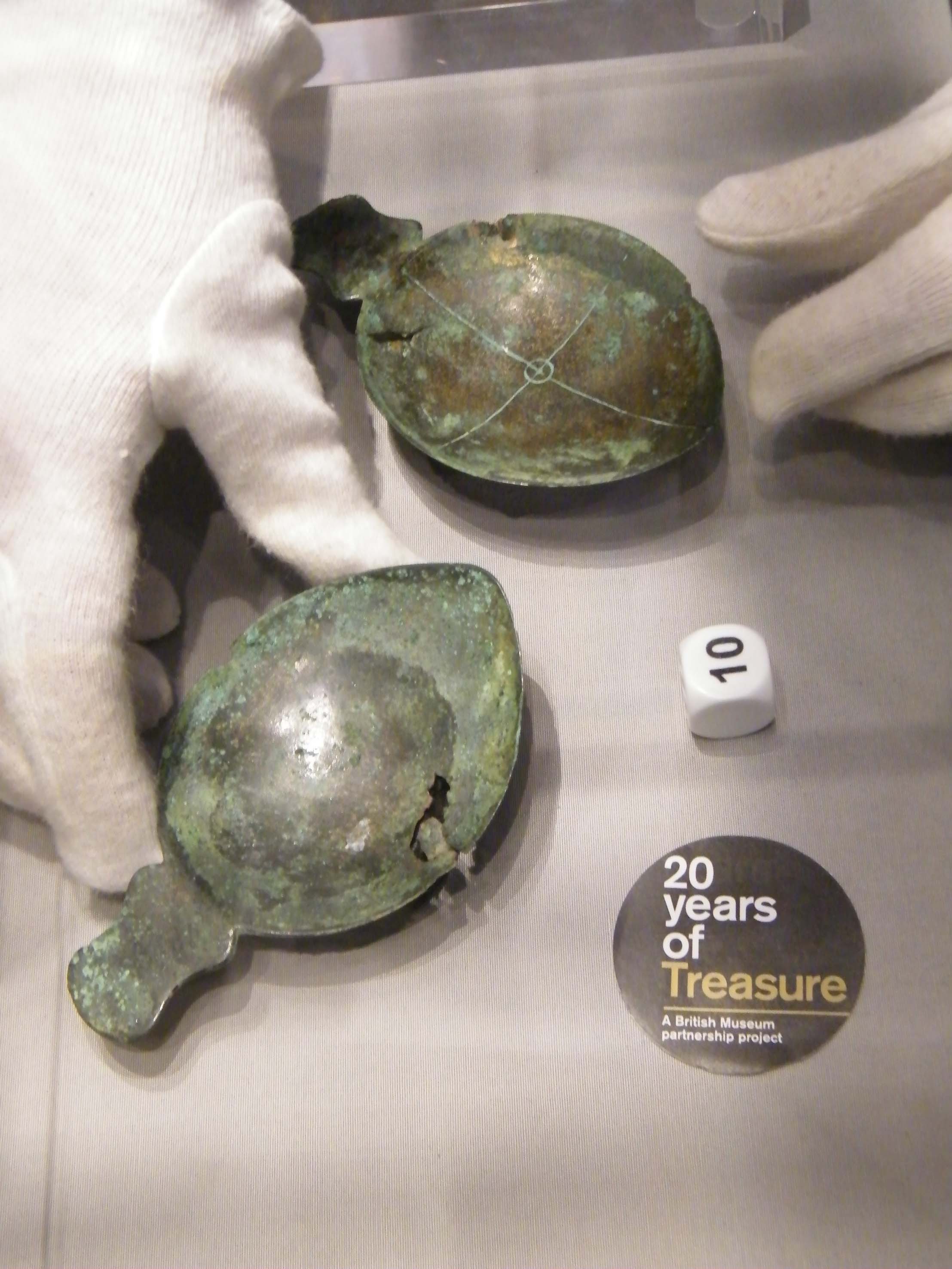 Why are they important?

Iron Age metalwork is exceptionally rare in Shropshire even though we have more hillforts than almost any other county in the country. Only twenty-three other examples of similar spoons are known – they have predominately been found in pairs. They have been discovered in Britain and Ireland as well as Northern France. The discovery of this pair was one of the first examples to be recovered in modern times.

Why are they Treasure?

The spoons are made from copper-alloy and because they are prehistoric in date and found together, they qualify as a ‘base metal prehistoric assemblage’ and therefore are Treasure (under the 2002 amendment) of the Treasure Act (1996). 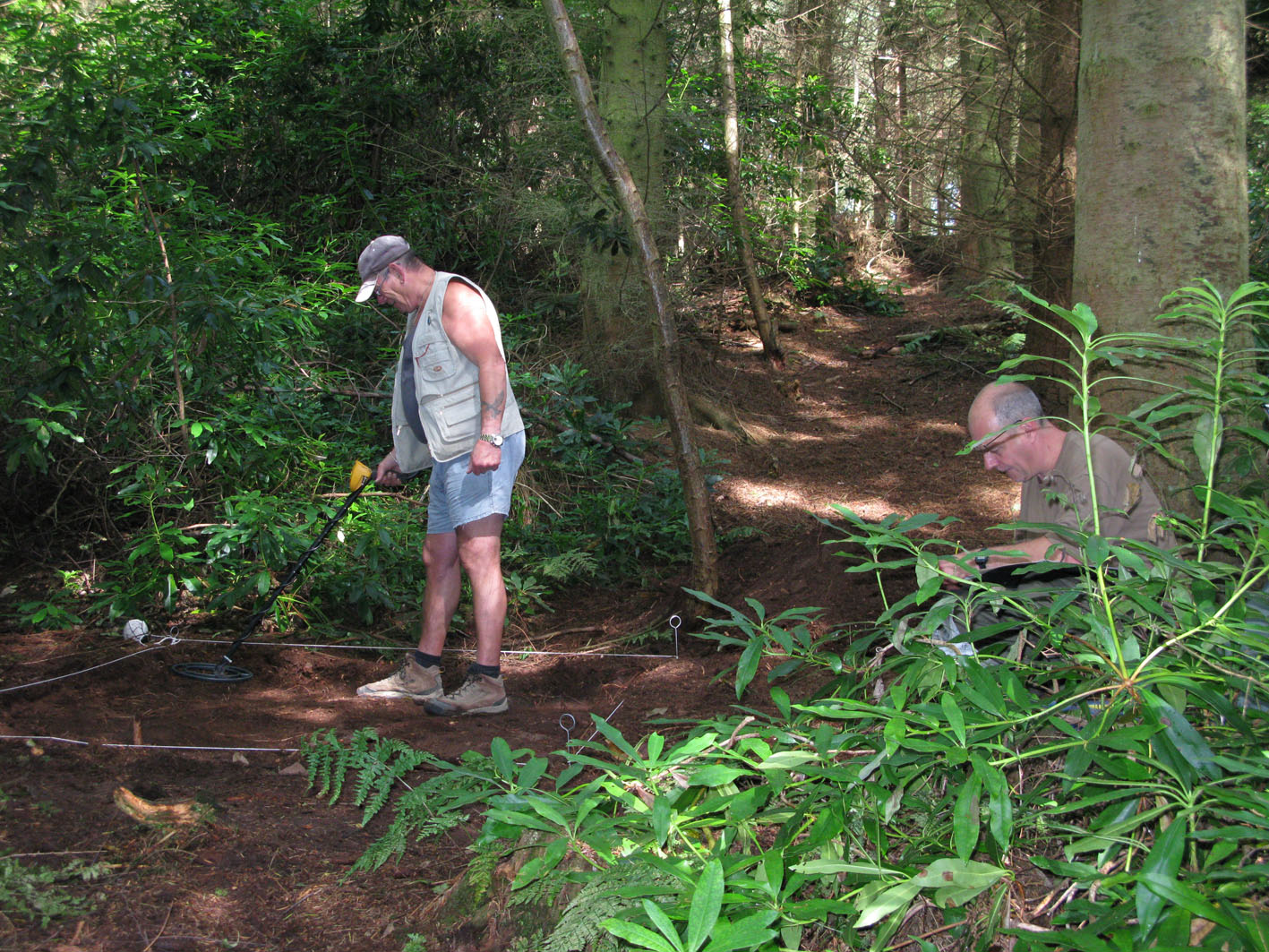 A local metal detectorist called Trevor Brown who lives in North Shropshire. Trevor has been metal detecting for many years and has regularly reported his finds to both Shropshire Museums and also through the PAS. In 2009, he helped archaeologists with the excavation of the Shrewsbury Hoard recovering an additional 277 coins from the largest known Roman coin hoard from Shropshire.

How were the spoons made? 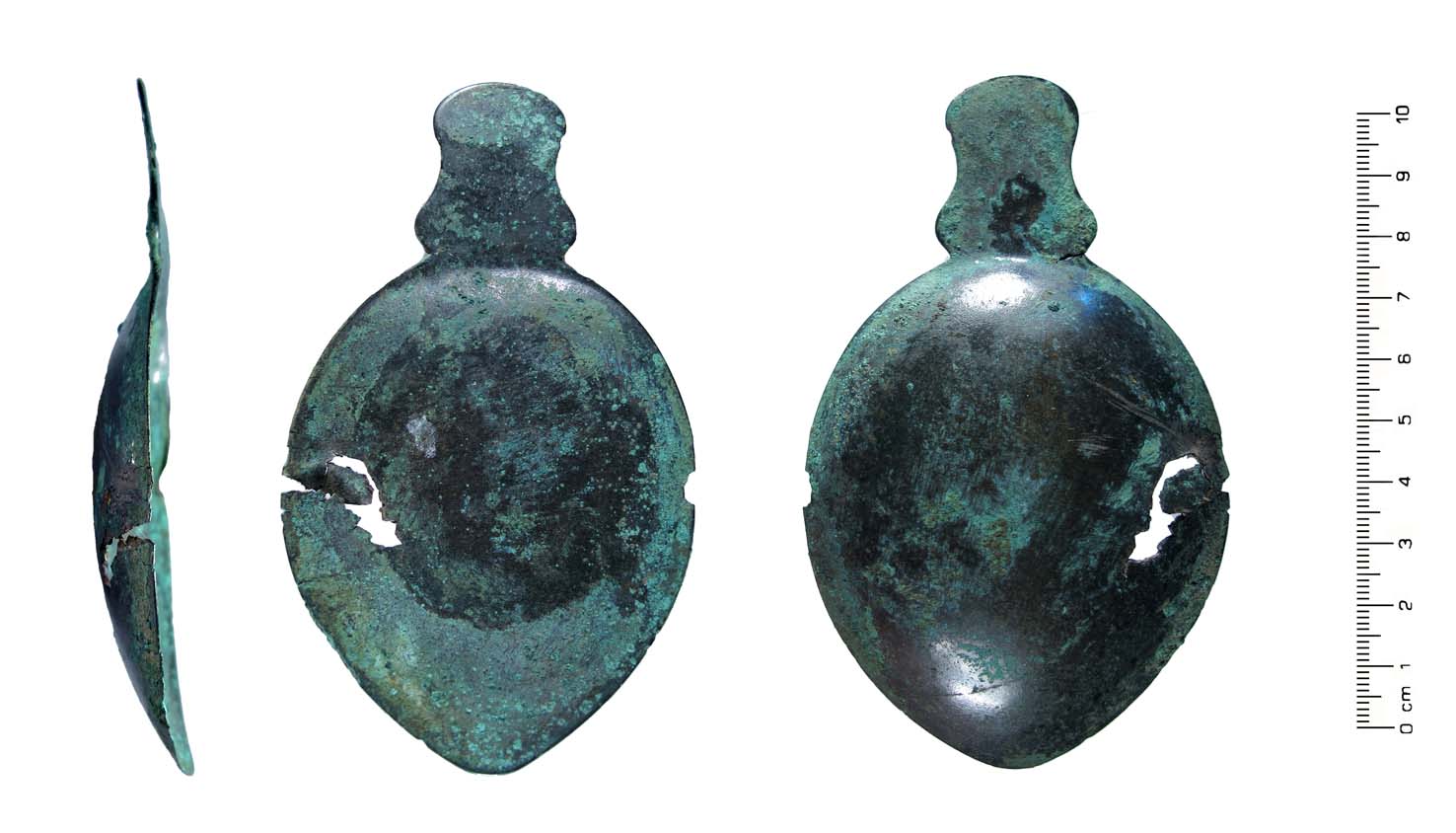 Both the Nesscliffe spoons are made from single sheets of copper alloy, hammered into shape over the same mould. They are similar enough in shape to be able to sit inside one another. Each spoon has a shallow bowl, pointed at one end, and rounder towards the stub handle end. Both handles are plain, although other Iron Age spoons are highly decorated with different designs on each of the handles. 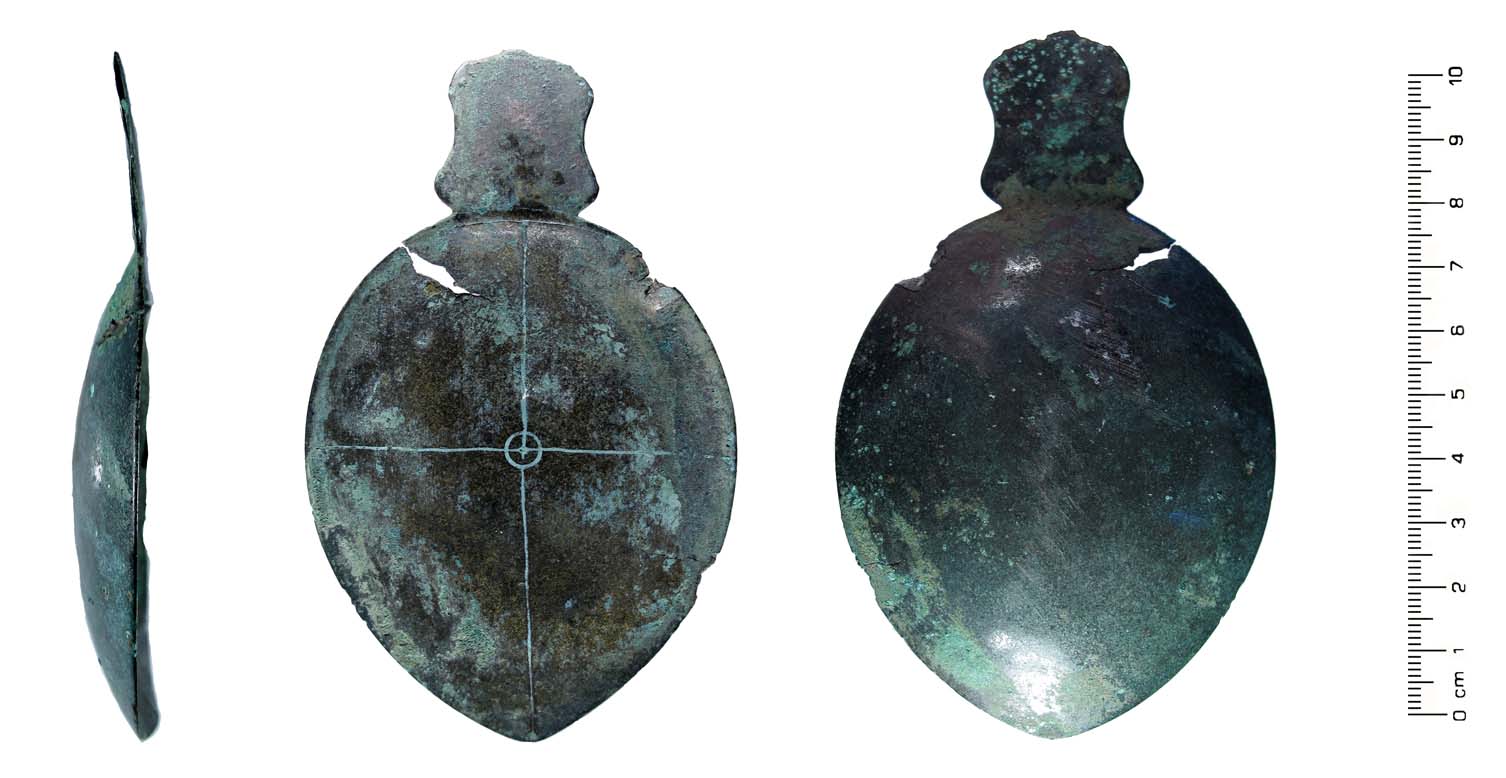 Just like all the other pairs of spoons known, the Nesscliffe pair are not identical: One has two engraved lines forming a cross through the centre of the bowl, with a small circle highlighting where the two lines intersect. The other spoon is plain, but usually the plain spoon has a perforated hole on one side, towards the rim. In the Nesscliffe spoon, the bowl is torn at the point where we would expect to see the perforated hole. Most spoon holes are on the left-hand side; the Nesscliffe spoon appears to have had its hole on the right-hand side. When Trevor discovered the spoons, the ‘hole’ spoon was sitting inside the ‘cross’ spoon.

What does the decoration mean?

We simply do not know what these spoons were used for; one good theory is that they were used to tell the future / divination device. Perhaps a spoon was held in each hand, and a thick liquid like blood, oil or honey, or a fine powder, was allowed to flow through the hole in the ‘hole’ spoon, into the marked quarters of the ‘cross’ spoon. Depending on where the mixture dropped, the diviner would be able to predict the future.  Like tarot cards, reading tea leaves, or the Roman practice of reading the entrails of a sacrificed animal, the ‘truth’ is laid out in the otherwise random alignment or pattern, and it requires someone with the appropriate insight to ‘translate’. 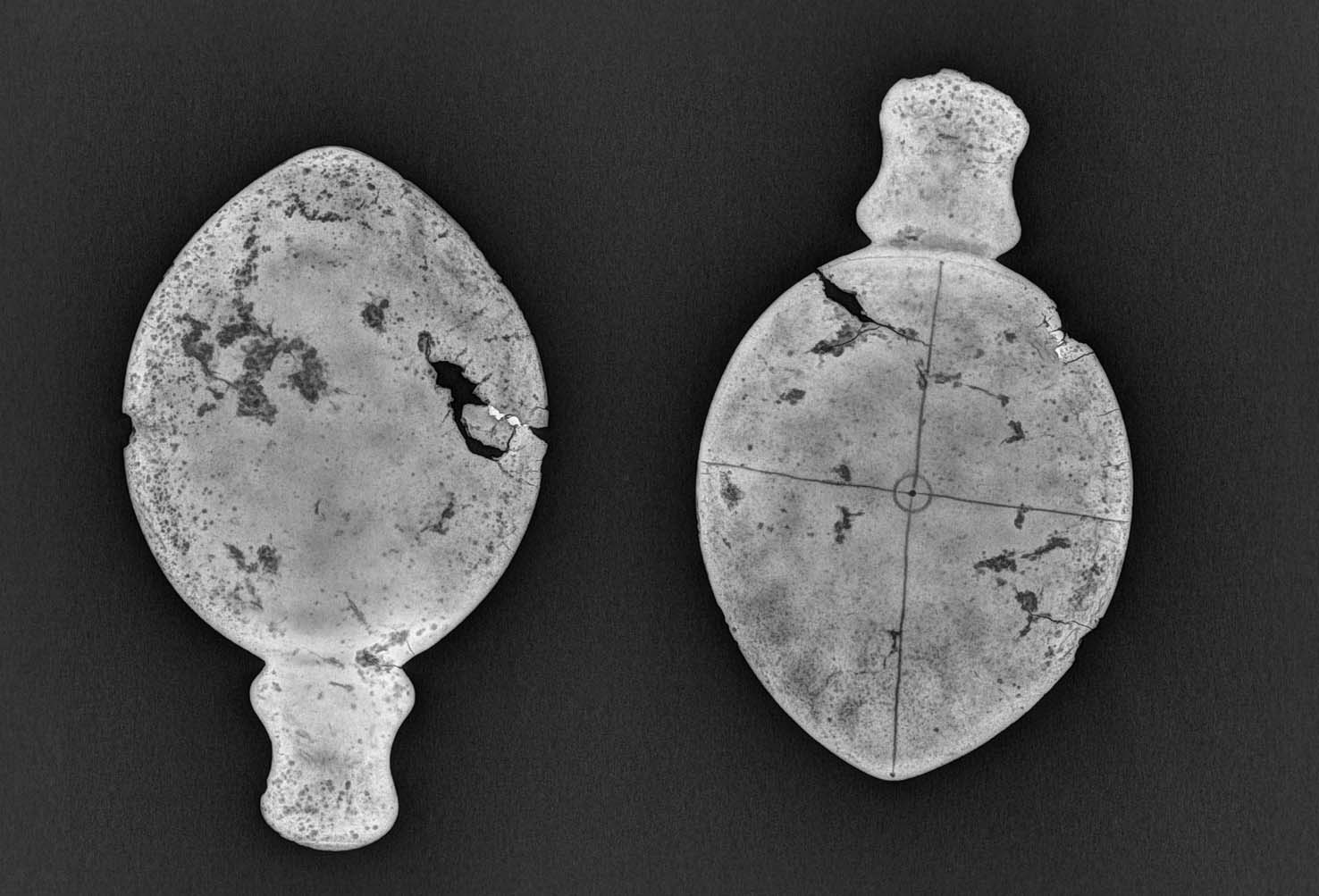 Many seasonal cycles break into quarters – the annual seasons or the moon’s phases, for example, could perhaps be represented in the spoon quadrants.  Maybe people in the British and Irish Iron Age sought advice on when to plant crops, when to marry, begin journeys or commence raiding or warfare. Others have suggested to could be broken into the age of the community infant / childhood / adulthood and old age. It’s possible that ritual specialists (priests, priestesses or ‘druids’) were resident in every community, or they might have travelled between communities in an area, like holy men and shamans do in many tribal societies.

Where can I see them? 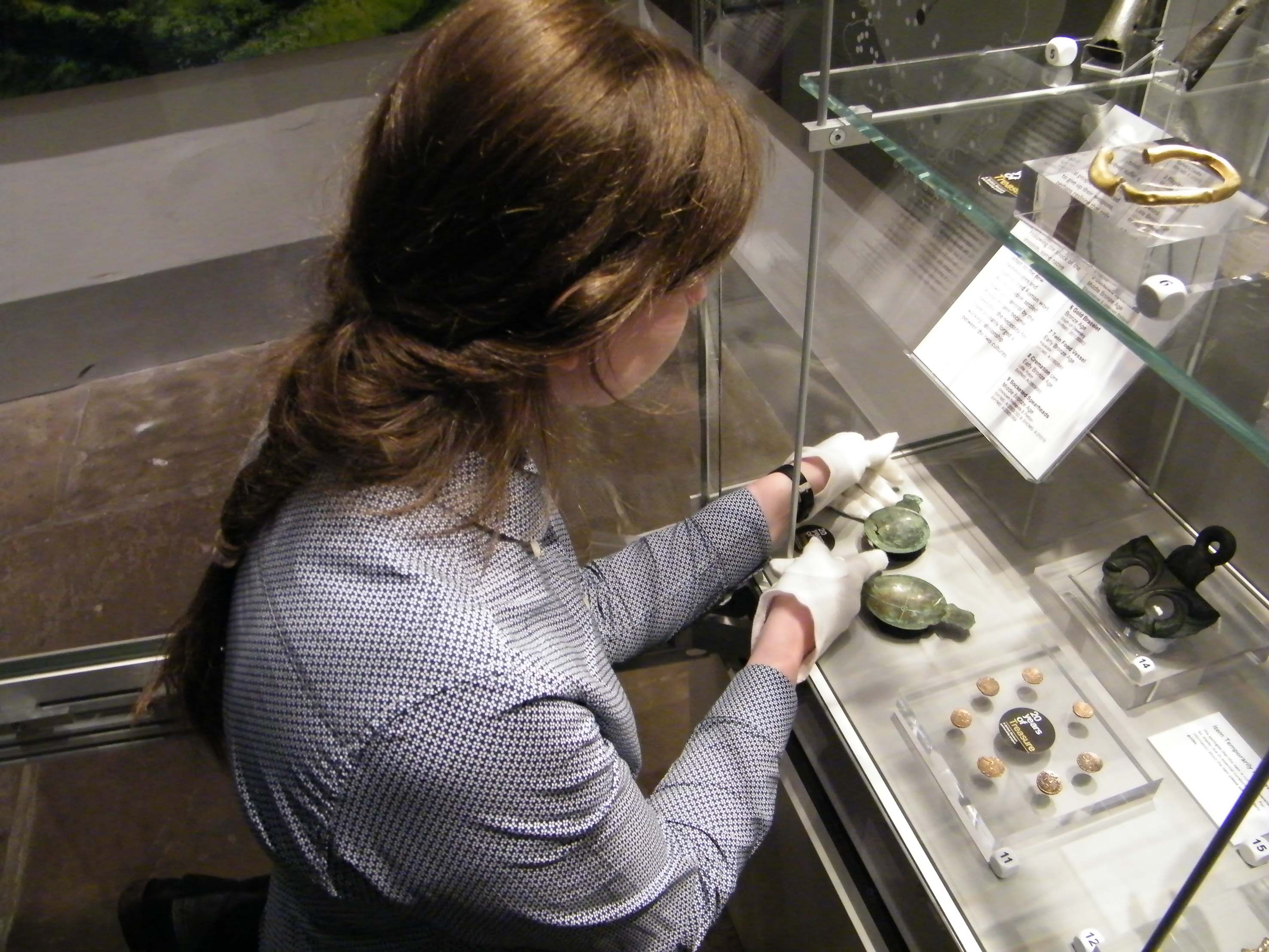