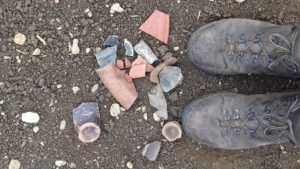 Tell us about yourself

After graduating from the University of Cambridge in 2012, I worked in the legal sector for a short time, before finding employment as a researcher with a London based heritage consultancy. I eventually decided to take a gap-year, which I am using to find out about the relationship between archaeology, antiquities and the law.

What does your role involve?

My training with the PAS has been structured in such a way as to ensure that I have a good grounding in many of the core FLO related skills. I began by learning to use Photoshop, to photograph finds and to determine which of those images could ‘tell us most’ about their corresponding artefacts. Next, I learned to process a set of rally finds from scratch, including obtaining grid references for individual finds. Once I had built up a degree of familiarity with the PAS database, I began to write object descriptions and to upload these, along with the photographs I had manipulated using photoshop, onto the website. I am now looking forward to writing and publishing a short article for West Midlands Archaeology, summarising the significance of the finds from this particular rally. I have also written a treasure description for the Coroner for Shropshire. 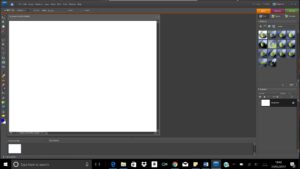 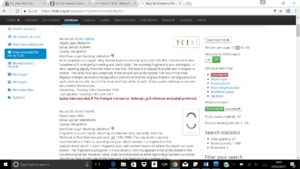 What area of history/archaeology are you most interested in?

Had you asked me that question before I started as a volunteer, I would have undoubtedly replied: ‘anything Medieval’. Yet, the more exposure I have to the material culture of other time periods, the less confidently I can claim to have a favourite archaeological age, event or theme. What has remained constant is my interest in methodology; that, I believe, is where some of the best educational value of practising (and history) lies.

Why did you start working for the PAS?

I first met Peter Reavill, FLO for Shropshire and Herefordshire, back in September 2016, shortly after I had first expressed an interest in volunteering with the PAS. Peter engaged very openly and honestly with me about what it was that I hoped to gain from working with the PAS, explaining that he offered a very structured approach to training his volunteers. It very quickly struck me that this was going to be one of those elusive opportunities which would offer valuable training whilst also allowing me to pursue some of my own interests.

What do you enjoy most about volunteering for the PAS?

What is your favourite find from Shropshire that has been recorded on the PAS database and why?

Crikey! I like all the Bronze Age flint finds- please don’t ask me to choose just one example. I grew up in Shropshire but when I think about the history of the county, I confess that the Prehistoric doesn’t usually jump to mind as a time of much activity. But of course, some of Shropshire’s most famous natural landmarks are associated with this age; take the Wrekin, for instance. 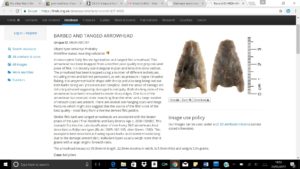